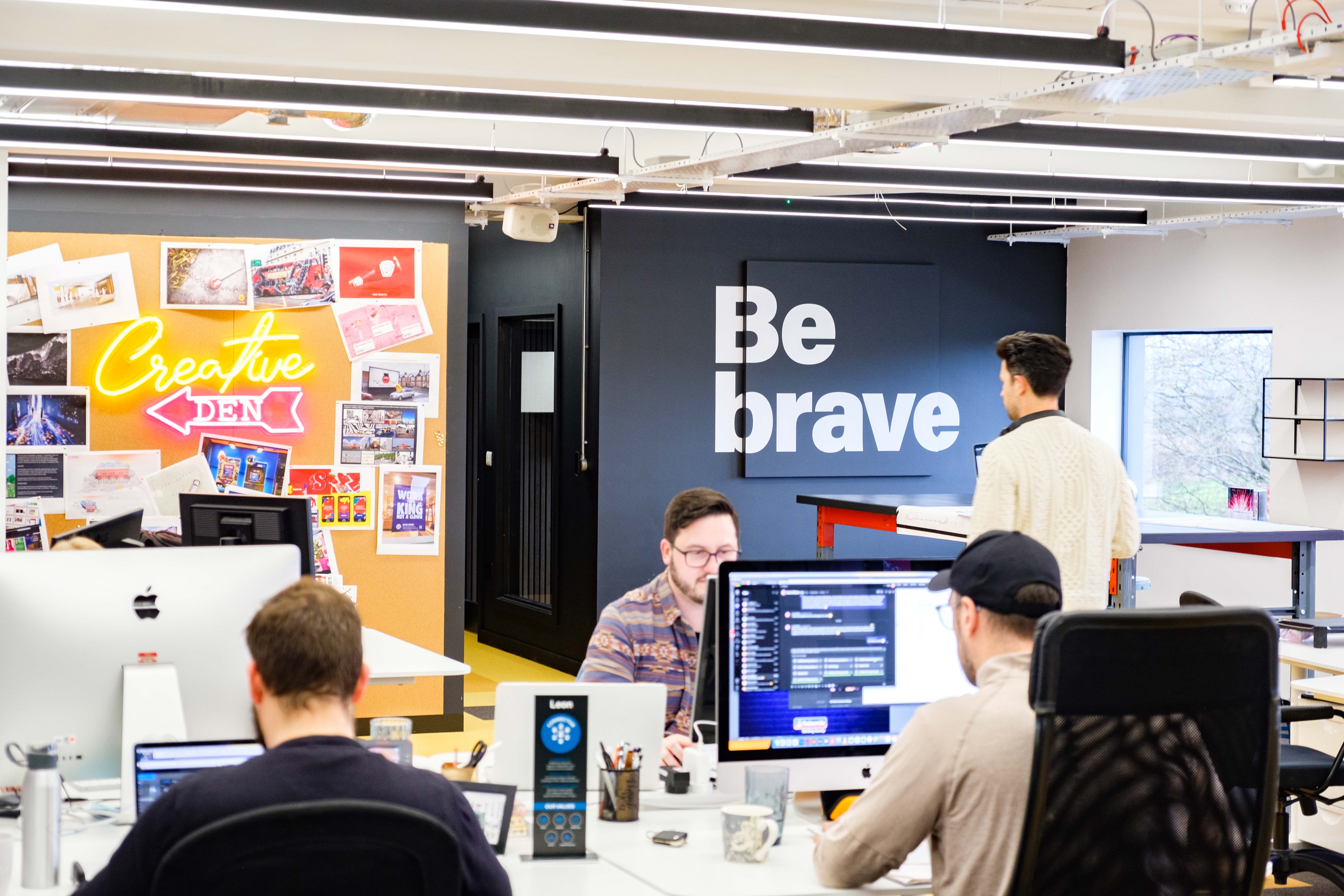 Why is creativity so vital in the world of comms and marketing? Well, as the infamous ad man Bill Bernbach said, “Creativity is the last unfair advantage we’re legally allowed to take over our competitors.” Original ideas, bold concepts and genuinely creative content allows us to stand out in increasingly crowded markets. It puts our message to the top of the metaphorical pile and, in short, it gets whatever we’re selling noticed by consumers. With a good dose of creativity, therefore, you can outsmart the competition.

But creativity alone is not enough. Even the biggest, boldest, brightest idea can soon get lost in the marketing mill. The creatives who come up with the wild visions and change-making concepts are, after all, so rarely the people that sign off on final marketing plans and spending. The key to getting those bold ideas out into the world, therefore, is the marketer. And to deliver stand-out content that breaks a few rules and turns more than a few heads, they have many obstacles to overcome.

Perhaps the greatest is our desire for conformity. Creatives work hard to break out of the box of ‘fitting in’, but many of us haven’t yet done that work. We’re most comfortable when we’re accepted as part of a larger group. We feel safest when we rub along with everyone else as, years ago, that was the only way we could survive. Anyone who explored anything new or different or took a big step outside the status quo didn’t last very long so now, all these years later, the desire to fit in is still hardwired into our DNA.‘ That’s why so many clients can be tempted to revert to what we might call ‘safer’ concepts, even when the bold idea that could make a real impression is right in front of them.’

Nowhere is that clearer than in the story of one particular advert – the Cadbury gorilla. Back in 2006, the business was already suffering from declining sales when it found itself recalling more than a million Dairy Milk chocolate bars amid fears of salmonella contamination. Things were going downhill, fast, so marketing director Phil Rumbol set out to create a new ad that would make viewers feel good and think positively of Cadbury too.

The team heard several ideas, but only one really stood out. It featured no chocolate, no people, no people enjoying chocolate. The only tangible link to Cadbury was a purple backdrop and the name on the end slate. Rumbol loved the idea, but his superiors did not. After receiving that no, he could have dropped the idea and moved on to something more conventional. He could have tweaked the concept to feature chocolate, amended the proposed script to include a sales message. He didn’t. He went away and made the advert instead.

Presenting it back to his superiors, the reaction was still negative. Instead of dropping the concept, though, he went out and did pre-testing to make his case. “It was a challenge,” Rumbol explains, “but more and more the power of the creative won through, and in the pre-testing that we did, while it didn’t make much sense, it certainly elicited the feeling we were looking for and came through as incredibly powerful.” Finally, his superiors listened and six months after the original pitch, the drumming gorilla made its TV debut.

It became a YouTube sensation, won endless awards and boosted sales for Cadbury, but it never would have happened without the determination of one man. We know that disruptive concepts get results, yet getting them into production, without too many tweaks, can be incredibly challenging. It’s up to marketers to champion those concepts and drive creativity forward in practically every organisation. So, how can you do that? You just need to be bold:

Stand up for what you believe in. It can be daunting to speak up for an idea you love when the other people in the room aren’t so keen, but we know that breaking a few rules and doing things differently can have huge rewards. Be brave and show your organisation the bold way to success. 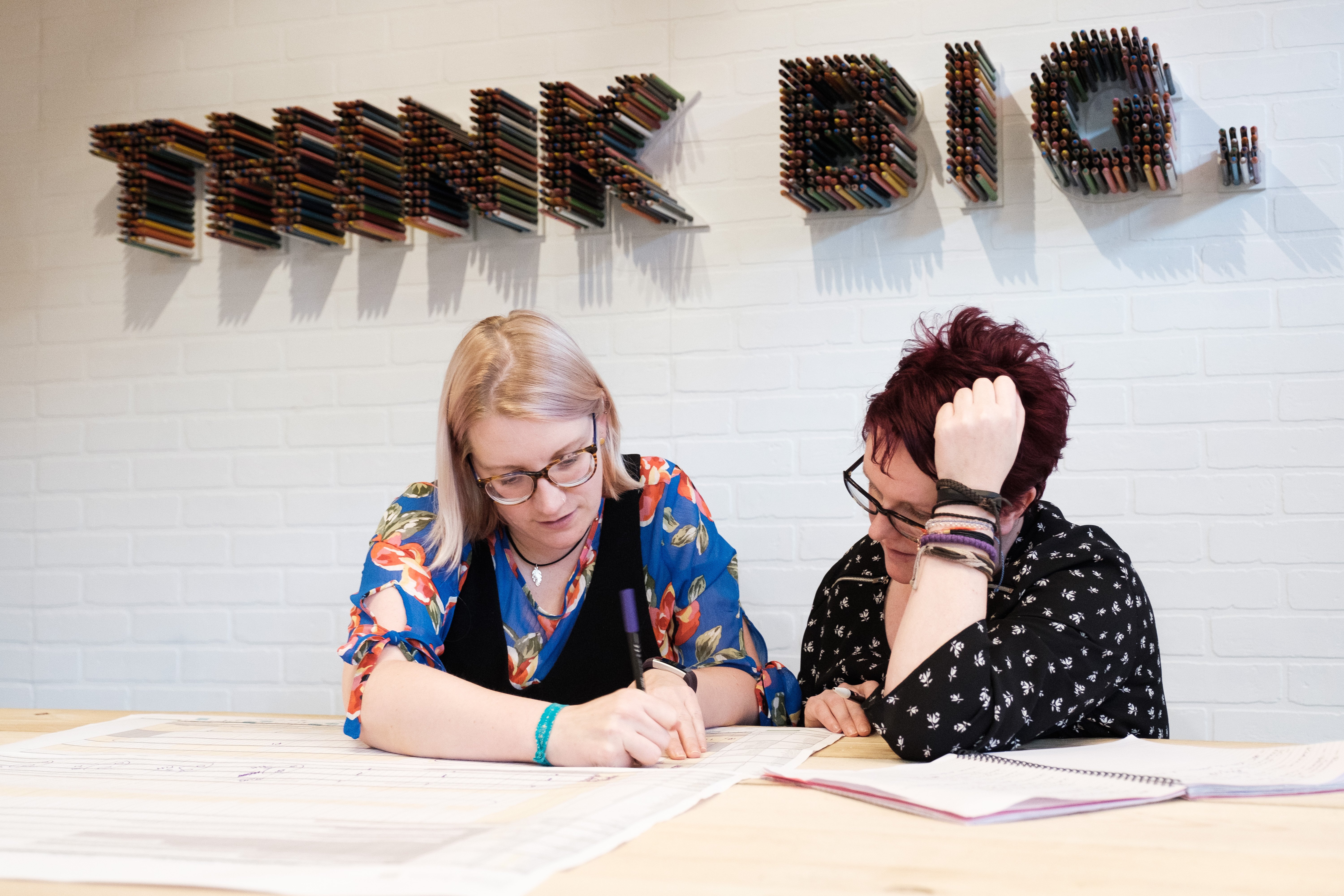 For most of us, it’s instinct to be amenable to others, especially when they sit higher up the pecking order. Don’t be afraid to be a little awkward if you need to be to get that creative concept into production. Do what you can to avoid those small tweaks along the way too or you’ll may see your bold concept die by a thousand tiny cuts. 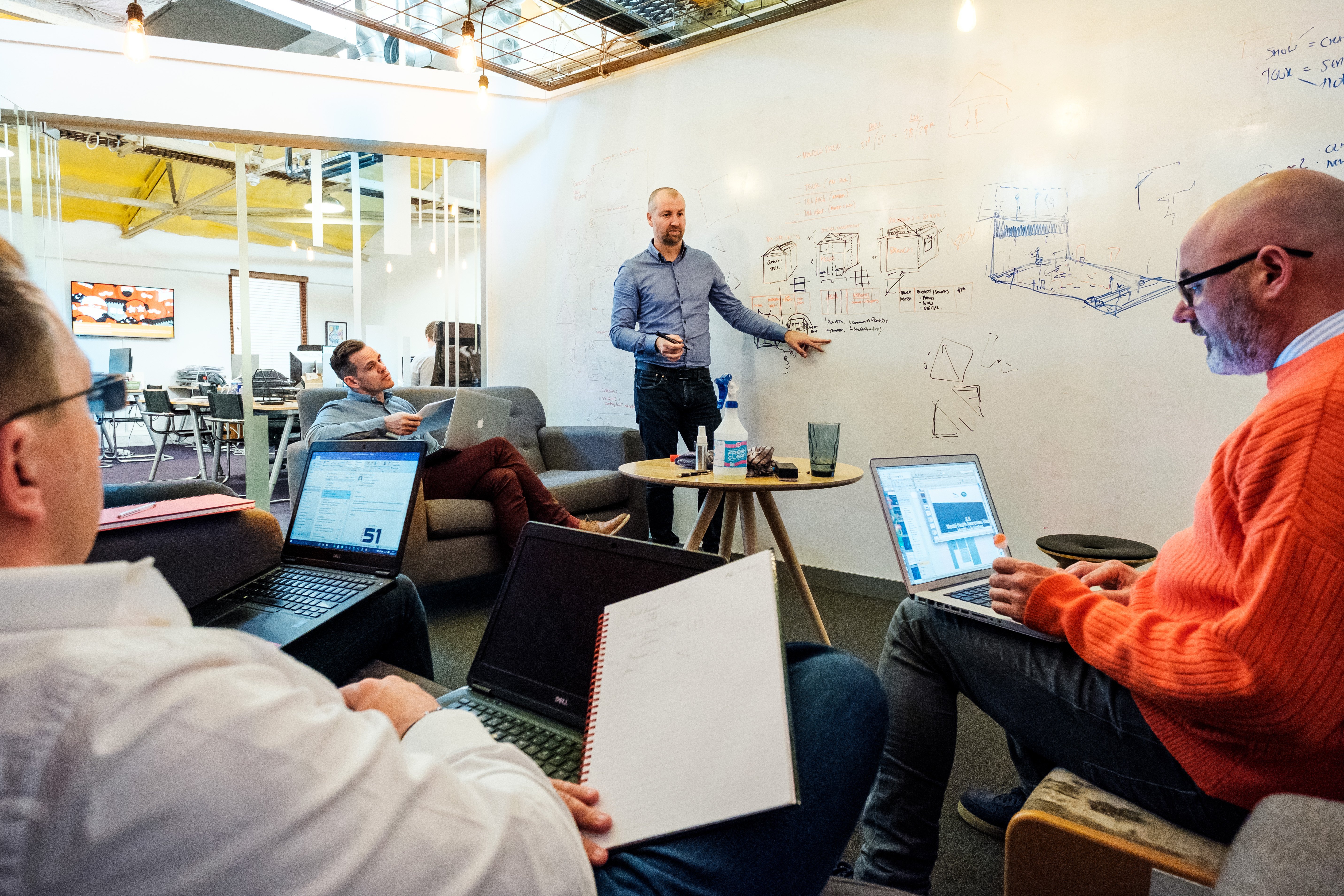 Keep doing your job, it’s what you do best. Lead the way and show the doubters why the creative concept you’re championing will work. Think back to Phil Rumbol at Cadbury. His concept made it through because he kept pushing and found the evidence to support his own unwavering belief in the gorilla. 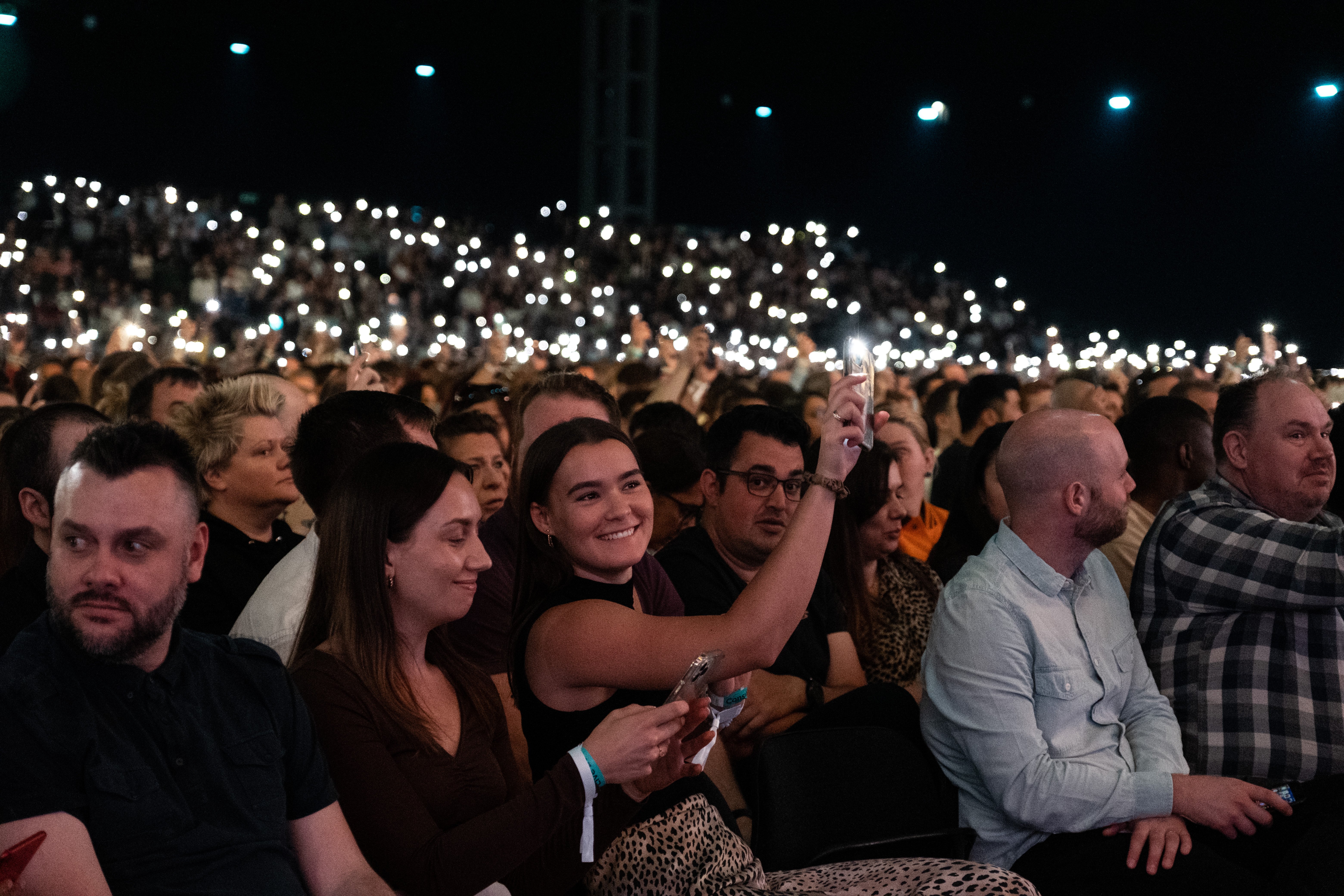 Your big idea will dazzle audiences and help your organisation to meet its goals – don’t forget that. Disruptive content, whether it’s big and brash or something far softer, will always grab an audience’s attention. Keep this goal in mind through everything you do.

We build creativity into everything we do here at DRPG. If you want your next campaign, event, film or exhibition stand to make some real waves, just reach out to our teams at anythingspossible@drpgroup.com and we’ll bring the boldness. 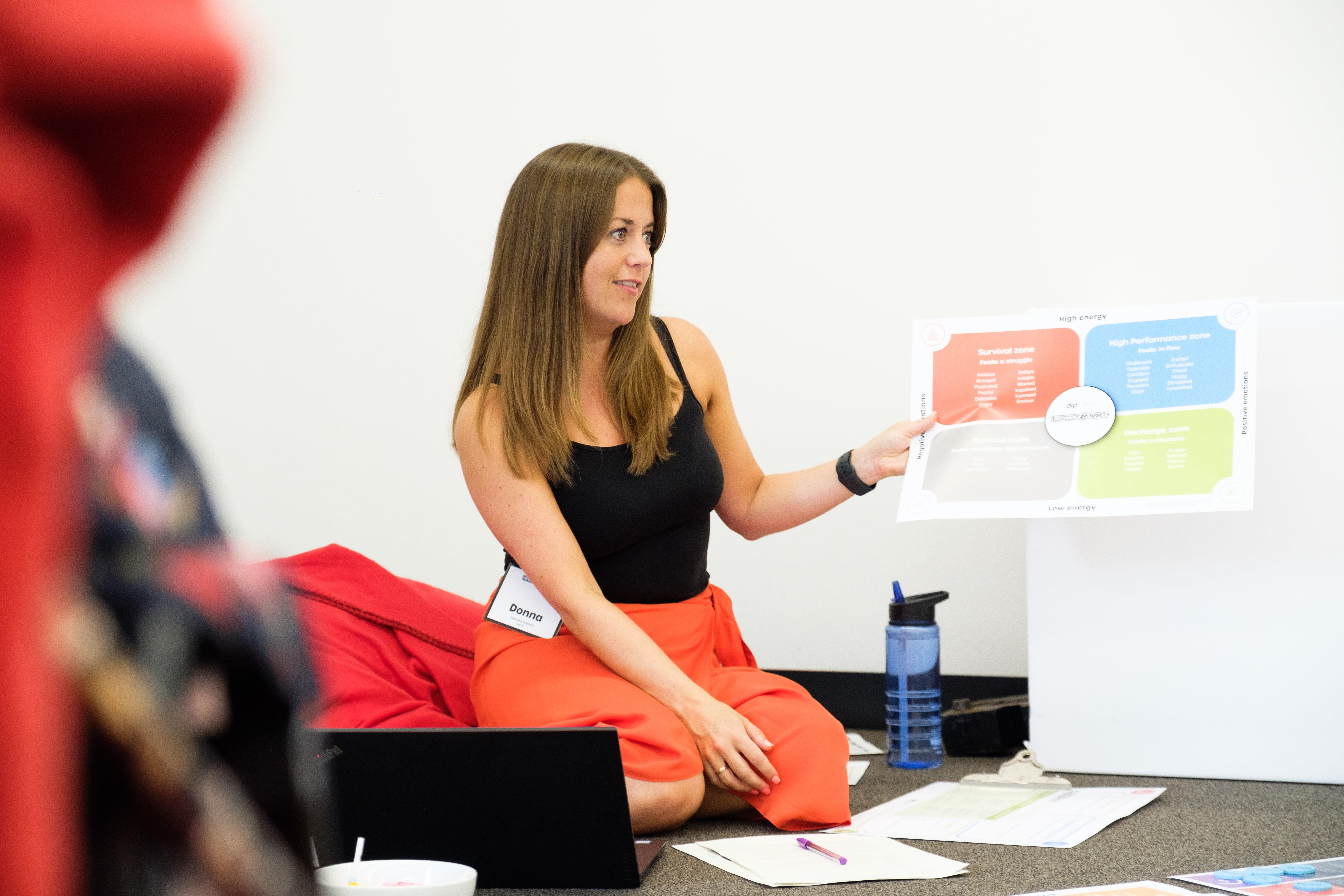 How we use data to create campaigns that wow!